My first thesis was titled Contemporary Imaginary Rituals: Notes on VJ Culture, in which my aim was to research and discover the roots and traditions defining the visual rituals of the visual culture related to contemporary electronic musical events. The aim of my thesis was to provide a comprehensive account of the hidden and invisible history and aspects of Hungarian VJ culture and its international theory, integrating it with my own interviews and observations. A further aim was to examine the basics of the underground party culture underlying it, as well as the relationship ”between party and VJ”, and to analyze the expansion of VJ culture to multi-medial and inter-medial fields.

The VJ’s techniques and commodities: the aesthetics of remix

„Techno-phenomena such as the playful handling of commercials and, in particular, the radical plundering of the historical music archive, can be characterized by using one single word: post-modernity.”1 The grounds and justification of VJing lie in the reformation of the relationship between space and audience.2 Accordingly, another important trait lending peculiar topicality to the genre of VJing is the ‘visceral’ and intermedial use of media. REMIXING or recombination has become an essential postmodern survival strategy in both contemporary art and everyday life [eg. Internet usage].3

„The original meaning of the picture is lost, but the ingredients remain, gaining a new meaning.” What is most important in this is THE ONE doing it, usually not from within the institutional system of media, but rather an interfering outsider, using the ”REMIX-method”. For this, parties, these examples of free Gesamtkunstwerk, provide a perfect ground not only because of the high number of spectators, but also because of the interference of related genres. „Inside the virtual space, anything can be repeated, reused, cloned, cut and pasted, as no ‘physical materials’ are used. Reusing and repetition are limitless. The sampler is an element of postmodern artwork, but also a symbolic emblem of postmodern attitude” „our era is constructed of millions of images, sound samples, quotations and quotations of citations. REMIX means to take possession of parts of this world, by availing oneself from the rich milieu of consumer culture- the construction materials of ones own world. […] In this sense, the process of REMIX can constitute an act of protest but can also represent a process of taking responsibility for the formation and content of the media space that surrounds us everyday.” …VJs do not purchase, but rather hack,rip, record, and edit in order to create their works, the visuality, contents, and qualities of which define the style of a VJ [collective]. „Sometimes I am inclined to think that we live in a huge MASHUP-RECYCLING-REMIX-MATRIX”-says ex-Kraftwerk member and still active A/V creator Karl Bartos in an interview.8

„When we say expanded cinema we actually mean expanded consciousness”

In party spaces, darkness is a constant space defining element, providing anti-materia for VJs to cut into, either with or without the help of further lighting equipment but a single projector. Thus, a decisive feature of projection is its space-organizing nature, through which its function is fulfilled. Inside a party space, it operates as a certain fluidity of time and space. ”The film becomes environment”, as Youngblood puts it in his book Expanded Cinema. A digital picture goes through a long process of multiplication from the computer to the projection surface. It is REMIXed as a picture, [in this phase, the picture is almost identical with the thought of the VJ, the visual manifestation of their momentary immaterial mental imagery], then, as a composition of light from a projecting tool, it comes up against some material surface, which reflects this light. The imagination thus becomes visible as an IMAGE, not as a PICTURE, a newborn way of seeing and thinking, since the birth of cinema. „This is what makes VJing wonderful, the possibility of the simultaneous presence of body and soul. Where can you trace sweat in today’s forms and customs of enjoying art and motion pictures, whether they be real or projected? It is necessary that you yourself sweat. This is a huge difference.”- says Antal Bodóczky, reflecting on Greenaway’s outburst ”Cinema is dead, long live cinema!”.

The examination of the cult of liminality is of essential importance, regarding both party culture and the sacred aspects of art. The cult of liminality prevailing over party culture differs from Van Gennep’s liminality concept in which transitional rituals serve as a kind of initiation between two permanent states. The liminality concept of parties corresponds more to the liminality concept of performing art outlined by Erika Fischer-Lichte. „Whilst in the case of rituals, this phase ends with the acquisition of a new state generally acknowledged by society, thus being a mere transition between only two states and identities, a way of reaching a previously set aim, in the case of artistic performances it is the way, that is, the state of liminality itself which is set as an ultimate aim. […] the metamorphosis resulting from the artistic performance is not a transition from one fixed state to another, but rather the theoretical denial of any fixed state. Principally, it assumes a permanently changing, continually recreated self image. The artistic performance, appealing to the operation of transitional rituals, and transforming them in a special manner, turns liminality into a permanent state.”

„This music calls for a location where everything serves to help the ‘receiver’ live through the trance.

„The choice of the special location has always been very important for organizers, since this place has to be capable of receiving metaphysical energies. They should create a psychedelic space evoking sacrality.” My decisive personal experiences are associated with parties of warm, receptive, and open visual worlds built from natural materials. The other extreme is a cold and industrial visual world constructed with hedges, metal and plastic structures, usually loaded with advertisements. This latter is characteristic of the locations of the last five years of the Sziget Festival, while the former describes the visual worlds of the Cökxpon Ambient Festival, the Cinetrip Rudas parties, and the Buda Castle Labyrinth parties. Though the visual atmosphere of these three party series are designed by three different crews of totally diffenent tastes, they all have an organic, uterus-like nature in common. All have dusk as a principle organizing element of space. Not only does the symbolism of the Labyrinth parties evoke the associations of the dark and wet passages inside the hill, but also the image of an inner way, an inner labyrinth. Cökxpon triggers this effect with its soft surfaces covered in textile, and its playground-like entropy with the ‘players’ proctected from being injured, but able to move [dance, sit, lie] without constraints. At the watery parties of Cinetrip, warm water is an essential element of both the visuals and experience, evoking the association of in utero existence. It is also a conspicuous similarity of these latter two that both deliberately require their visitors to jettison their clothes, that is, to free themselves from their everyday roles and the outside world.

Today, the technical and picture-making achievements of the genre are not only used at electronic musical events, but are also applied in other fields of culture, such as alternative and classic theatres, dance theatres, operas, or chamber, concert, and exhibition halls. „The penetration of VJ-techniques into other genres of art and media is becoming more and more significant throughout the years.”16 The world of underground parties is a many-armed octopus lending experimenting energies to both contemporary artists and mainstream media, thus, as a kind of blood refreshment, renewing its own roots. The wish to get into the contemporary artistic canon is not wholly unambiquous in the case of the VJ genre. VJ’s tend to either avert from, or welcome less freestlyle genres, but whatever attitude they may show towards canonization, their skills acquired during their VJ practice, together with their attitude bards them with up-to-date techical and theoretical awareness, and their obsession with collection and reinterpretation parallels the trends of contemporary art. Their work is basically the manifestation of the metropolitan Zeitgeist. What once began in 20th-century art with Duchamp, a forerunner and maestro of REMIX, is now gradually being consummated by the art of VJing: „„The DJ and VJ culture questions the conventional definition of culture and has deconstructed the function of the author”.”

„This is true 21th-century art, a means of self-expression, so to say.”

VJing is the art of mediums and the games played with and between them, the creative use of media and mediation. The outflow of VJ culture takes place in several directions simultaneously, from fashion shows to Mozart-operas and street events. Underground party culture serves as a temporary stage or springboard for many young talents, being a free hybrid field of experimenting, providing them with the opportunity to gain real exprerience and a professional knowledge more applicable than what any school of art could ever offer. However, many of them choose parties as a long-term and decisive field of their work. The world of electronic music parties are an indispensable element of Budapest nights. This world attempts to keep its audience as well as attract the next generation by way of ceaseless innovation. As Vilmos Vajdai puts it: „there was this song, GOD IS A DJ, but unfortunately God has died by now. Now we are at this this mediocre stage.” For the first generation of party culture in Budapest, the age of heroes was over in as early as 2005, or rather before that, around the millennial turn. Throughout their work, artists committed to party culture tend to experience the controversies of underground culture from time to time, and attempt to synthesize them in their individual solutions. 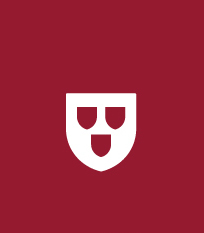 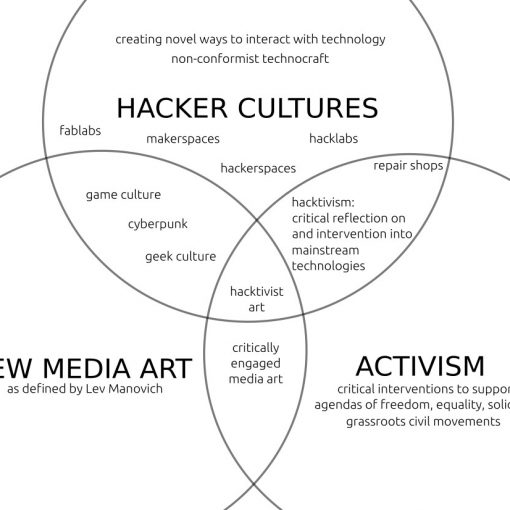